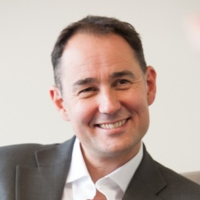 Steven is Chief Publishing Officer at Springer Nature. He is a member of the Management Board and his responsibilities cover all the research publishing and editorial activities of Springer Nature, the services provided to its authors, peer-reviewers, editors, and societies, its Open Access and Open Research activities. Previously Steven was Head of House and CEO at Nature Publishing Group and Palgrave Macmillan.

Steven believes strongly in serving researchers and supporting the wider research ecosystem. He sees STM Publishers as a key enabler of today’s system, driving forward the move to Open Research and Open Access and as a positive force for change in the future. Steven has driven innovation, operational excellence, and commercial performance programmes during his 15 years in STM Publishing, initially at NPG and PM and more recently at SN, and is proud of what he and his teams have achieved over that time.

Prior to this Steven was UK Publisher for The Financial Times and led ft.com. From 1990 to 2000 he was at IDC where he held commercial, development, marketing and general management positions, ultimately responsible for group strategy and corporate development and the EMEA region. Steven was awarded a scholarship to Merton College, Oxford, where he read Physics specializing in atomic and solid-state physics and qualified as a chartered accountant with PWC in 1990.