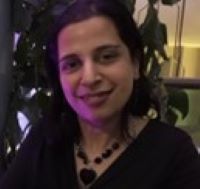 Priya Madina is Director, External Affairs and Policy.  Priya joined Taylor & Francis in December 2019. She has extensive experience in developing and positioning global policies with the relevant stakeholders and decision-makers. Priya sits on the company’s Race and Ethnicity Network and the Publishers Association’s Academic Publishers Council.

Before joining the world of publishing, Priya spent ten years at GlaxoSmithKline in a variety of government affairs, policy and market access roles. In her most recent role as Director of Government Affairs, she led the company’s positioning on international intellectual property and global health issues.  She also gained experience in the external affairs function for the International Federation of Pharmaceutical Manufacturers & Associations in Geneva.

Priya’s previous roles include working across a wide range of policy and government affairs functions at the World Health Organization, the European Commission and the UK Government‘s Department of Health. Her global and regional experience includes working in the Philippines, Switzerland, Luxembourg, Belgium and France.

Priya has a Masters in Classics and Modern Languages from Oxford University. She speaks English and French and has good knowledge of Hindi and Spanish. Priya is engaged with several charitable organizations.