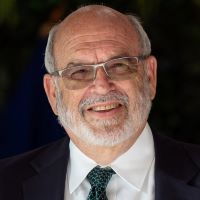 Peter Gluckman became President of the International Science Council in October 2021. His term will continue until the General Assembly of 2024.

Peter heads Koi Tū: The Centre for Informed Futures (www.informedfutures.org) at the University of Auckland. From 2009-2018 he was first Chief Science Advisor to the Prime Ministers of New Zealand and from 2012-2018 Science Envoy for the New Zealand Ministry of Foreign Affairs and Trade.  He was foundation chair of the International Network of Government Science Advice (INGSA) from 2014-2021.

He trained as a pediatrician and biomedical scientist, publishing over 700 papers and several academic and popular books in animal science, developmental physiology, growth and development and evolutionary biology and evolutionary medicine. He co-chaired the WHO Commission on Ending Childhood Obesity (2013-2017). He is chief scientific officer of the Singapore Institute for Clinical Sciences.

Peter Gluckman has written and spoken extensively on science-policy, risk assessment, science-diplomacy, and science-society interactions. In 2016 he received the AAAS award in Science Diplomacy. He has received the highest civilian and scientific honours in New Zealand. He is a fellow of the Royal Society of London, of the Royal Society of New Zealand, a fellow of the Academy of Medical Sciences (UK) and a member of the National Academy of Medicine (USA). He holds a Distinguished University Professorship in the University of Auckland, New Zealand and honorary chairs at the University College London, University of Southampton and National University of Singapore.