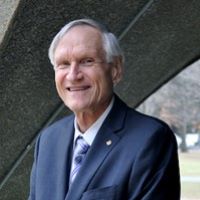 He is a Fellow of the Australian Academy of Science and has served as its Secretary, Science Policy, and Treasurer.

Currently, he is a member of the Steering Committee for the International Science Council’s project on the Future of Scientific Publishing.

He has particular interests in the role of data and strengthening research integrity.  He was the lead author of the recent report by the Academy of Science on Advancing Data-Intensive Research.