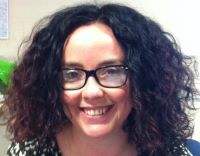 Before then Liz held Publisher and other editorial positions at various STM publishing companies including Blackwell, Wolters Kluwer and Thomson Science. She is a frequent speaker and chair at industry and academic meetings across Europe, the Americas, Asia and Australia.

Liz is Chair of the Academic Publishers Council of the Publishers Association, a member of the Royal Society’s Publishing Board and of the Academic Publishing in Europe Program Committee, sits on the Steering Committee of the OA Switchboard, and the External Advisory Board of DataONE. She previously served two terms on the Board of Dryad, participated in the Universities UK OA Efficiencies Working Group, and was a member of the Organizing Committee of the OASPA Conference on Scholarly Publishing from 2013-2018.