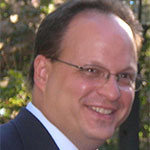 Howard Ratner is the Executive Director of CHORUS.  Over the past two decades, he played a key role in developing innovative technology solutions that have transformed scholarly communications. He co-founded and chaired ORCID – Open Researcher and Contributor ID system, and was active in the establishment of the Digital Object Identifier (DOI) and the founding and technical development of Crossref and CLOCKSS.

He was President of the Society for Scholarly Publishing (SSP) from 2014-2015 and served on its board from 2010-2012 and 2013-2016. He is co-chair of the Metadata 2020 Best Practices and Principle Project and active in the SCHOLIX initiative and the STM Future Labs.

Before joining CHORUS, Howard was Chief Technology Officer for Nature Publishing Group where he was in charge of global web and mobile development and operations, content management, production and manufacturing, and information technology across all NPG products.  Howard also held positions at Springer and John Wiley & Sons.