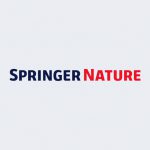 Springer Nature, the publisher of science magazines Nature and Scientific American, is reviving plans for a stock market listing, two years after a first attempt fell through, people close to the matter said.

Its owners, buyout group BC Partners and publisher Holtzbrinck, are working with a new bank consortium led by Goldman Sachs (GS.N) and Morgan Stanley (MS.N) on the deal, which may value the company at 7-8 billion euros ($7.8-8.9 billion), including debt, they added.

BNP Paribas (BNPP.PA) and Citi (C.N) are among those helping as so-called bookrunners with the initial public offering, which could take place as early as May or June, they added.

Springer Nature had cancelled a planned stock market listing in 2018, citing weak demand. At the time, investors had baulked at the high price expectations of the sellers and the high debt of Springer Nature.

“Leverage has come down significantly, making it a much easier sell now,” one of the people said.

Springer Nature was formed in 2015 through the merger of Holtzbrinck’s Macmillan Science and Education unit with BC Partners’ Springer business, which publishes scientific, technical and medical books and journals.

The tie-up was designed to make it easier to compete with the likes of RELX (REL.L) and Informa (INF.L) as publishers increasingly shift to digital content and readers use smartphones and tablets to access information.

Springer Nature, which says it is the largest English language academic book publisher with 13,000 new books every year, reported adjusted earnings before interest, tax, depreciation and amortisation of 551 million euros on revenues of 1.64 billion euros in 2017.

This site uses cookies to enhance your experience: Find out more.