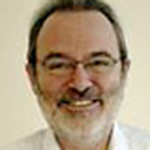 Mark Bide was appointed Executive Director of EDItEUR in January 2009. Since April of this year, he has combined this role with being Head of Business Development for the Publishers Licensing Society. Mark has worked in and around the publishing industry for over 40 years, having been a Director of the European subsidiaries of both CBS Publishing and John Wiley & Sons, and subsequently for many years consultant in publishing and the media more generally. He is a Visiting Professor of the University of the Arts London