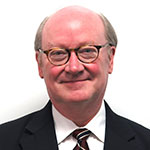 He is a founding partner of Publishing Technology Partners. Bill is active in the W3C (serving on the Publishing Working Group, Publishing Business Group, and the EPUB 3 and Publishing Community Groups) and co-chairs NISO’s Video & Audio Metadata Guidelines Working Group.

He is Past President of the Society for Scholarly Publishing (SSP). He is a member the Book Industry Study Group (BISG), serving on BISG’s Workflow Committee; the International Press Telecommunications Council (IPTC); and WIPO’s Accessible Books Consortium (ABC). He is the recipient of the SSP Distinguished Service Award, the BISG Industry Champion Award, and the IDEAlliance/DEER Luminaire Award.

Bill has written and spoken widely on publishing technology and workflows. He is general editor of The Columbia Guide to Digital Publishing and co-editor of the BISG Guide to Accessible Publishing. In his consulting practice, he has served large international publishers such as Pearson, Cengage, Wolters Kluwer, Kaplan, and Sage; scholarly presses and societies such as Harvard, MIT, Toronto, Taylor & Francis, Cambridge, IEEE, the American College of Physicians, and the Cochrane Library; aggregators such as VitalSource; and global publishing and library organizations such as the World Bank, the British Library, the Asian Development Bank, OCLC, ORCID, and the European Union.