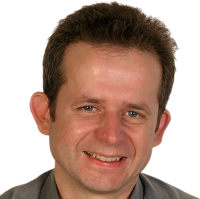 Following undergraduate studies in Cambridge, Bernd received his PhD in 1992 from the Ludwig Institute for Cancer Research, London.

He carried out postdoctoral research at the Ontario Cancer Institute, Toronto, the Fred Hutchinson Cancer Research Center, Seattle and at the University of Innsbruck. Bernd was associate and then senior editor at Nature from 1999 until 2002 and subsequently chief editor of Nature Cell Biology.

Prior to his editorship of EMBO Reports, Bernd had been the chief editor of The EMBO Journal for a decade. He is also Head of Scientific Publications at EMBO.

Bernd Pulverer was a co-founder of the San Francisco Declaration on Research Assessment (DORA) and serves on its Steering Committee.

He is a member of the advisory boards of bioRxiv, Review Commons, ASM publications, and a member of the STM Image Integrity Working Group. He is a founding director of the journal Life Science Alliance, co-published by EMBO Press, Rockefeller University Press, and Cold Spring Harbor Laboratory Press.