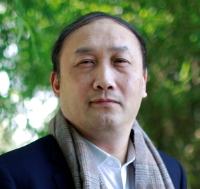 Wei Yang was born in 1954 in Beijing. He received his Ph.D. degree from Brown University, USA in 1985. Currently, he is a Professor of Zhejiang University, a Member of Chinese Academy of Sciences and the Head of Technological Science, a Fellow and the Treasure of The World Academy of Sciences (TWAS), a Foreign Member of National Academy of Engineering (USA), and the President of CSTAM. He also serves as an Advisor and the Chairman of the Advisory Council of the National Natural Science Foundation of China (NSFC), an Advisor of Springer-Nature, and the Chair of the China Academic Committee of Elsevier. Received Honorary Doctor degrees from Brown University, Northwest University, University of Bristol, Aristotle University, and Hong Kong Polytechnic University.

Prof. Yang has worked in fracture mechanics, meso and nano mechanics, structures of aerospace vehicles, and X-mechanics. He served as one of the eight Bureau Members of IUTAM, and as the Chair of WP7. He was a Professor of Tsinghua University, and served as the Chair of University Academic Committee. He served as Director of the Office of Academic Degrees Committee under State Council of China (2004-2006). He was the President of Zhejiang University (2006-2013), and the President of National Natural Science Foundation of China (2013-2018). His research achievements won him the W.T. Koiter Medal and Calvin Rice Award from ASME, and the Eric Reissner Medal from ICCES.