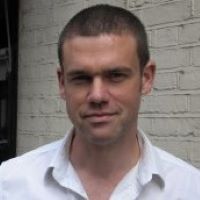 The Science Media Centre is an independent press office for the UK scientific community.  It exists to help ensure that science and engineering in the UK national news is reported accurately and responsibly, particularly when a story has the potential for controversy.  They give journalists the opportunity to speak to real experts, and actively encourage scientists to speak out when stories break.  They also run regular press briefings, which allow scientists and engineers to set the news agenda on important subjects of public interest.  Although independent, the SMC is unashamedly pro-science and has no public ‘brand’ to promote.  This gives them the freedom to concentrate on what is important: keeping sound, evidence-based science at the top of the news agenda.

Tom Sheldon has degrees in Artificial Intelligence and Bioinformatics.  He joined the Science Media Centre in April 2008.  Fukushima, 'climategate', GM crops, electronic cigarettes, COVID-19 and the health effects of mobile phones have all been high profile media stories over the years; in every case it was vitally important that the voices of scientists and engineers were heard among the uproar.  When these stories break the SMC provides a direct route between journalists and scientists, to their mutual benefit: ensuring that reporters have constant and immediate access to the best quality, up-to-date evidence, and that scientists have help communicating complex, nuanced research where it matters most: the national news media.