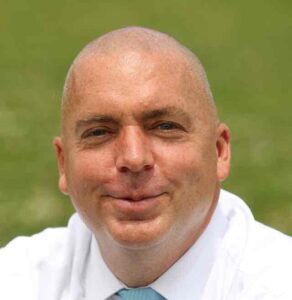 Robert grew up in New Jersey, United States, and attended Lynchburg College of Virginia, graduating cum laude with high department honors in International Relations, after studying abroad at the American University of Paris in 1989 and the Washington Center for Academic Internships in Washington, D.C. , also in 1989. He came to Japan on the JET Program in 1990, remaining here and eventually earning his doctorate in Political Science from Kobe University in 1999. After a post-doctoral fellowship at the Suntory Foundation, he subsequently became a tenured associate professor at Osaka University, and has served as a visiting professor or researcher at Ryukyu University, Hokkaido University, Hosei University, and Okinawa International University, among other universities and institutes. He is an award-winning author of many works on Japanese foreign policy and politics and is an active volunteer in his community and field. He served for two decades as a council member for the Asiatic Society of Japan. With his wife and two children, he continues to reside in Hyogo Prefecture, where he has spent most of his three decades in Japan. He joined Taylor & Francis in 2021. He loves traveling, photography, and going for walks with his dog, Beau.