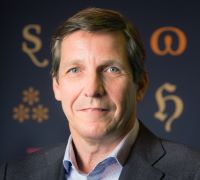 Before joining Brill in 2015, Peter Coebergh served as President Corporate & Healthcare Markets at Springer Science + Business Media, and member of the Management Board.

He held various International Marketing and Sales positions at Royal BolsWessanen and Unilever from 1989 to 1999.

In 1987 he obtained a Master in Law in Dutch civil law from Leiden University.