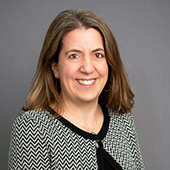 Kumsal Bayazit was appointed Chief Executive Officer of Elsevier in February 2019. She has held multiple positions with RELX Group since 2004, most recently as Regional President Europe, Middle East and Africa at Reed Exhibitions. Before joining Reed Exhibitions in 2016, Kumsal was RELX Group's Chief Strategy Officer, responsible for driving strategic initiatives, technology strategy and portfolio management. Prior to that she served in several operational and strategic roles with LexisNexis.

Kumsal earned an MBA from Harvard Business School and is a graduate of the University of California at Berkeley where she received a Bachelor's degree in Economics with Honours.