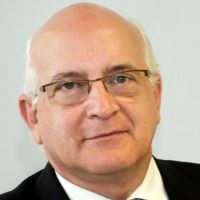 He graduated in Law at Deusto University, Bilbao. Javier Zarzalejos engaged in politics from early on in the Basque Country region and has broad experience in the public administration sector where he has held several positions including Assistant Secretary of the Spanish-North American Council (Ministry of Foreign Affairs), General Deputy Director of Information (Ministry of the Spokesperson), Information Advisor (Embassy of Spain to the United Kingdom) and Secretary General of the Prime Minister’s Office.

He has published various pieces of work on terrorism, the territorial organization of the state and nationalism. He collaborates with the journal El Correo (Vocento group), where he regularly publishes opinion and political analysis articles.

In January 2012 he was appointed Secretary General at the think tank Foundation for Social Analysis and Studies (FAES), of which he then became Director in January 2017. Mr. Zarzalejos is also Editor of the in-house publication “Cuadernos de Pensamiento Político”.