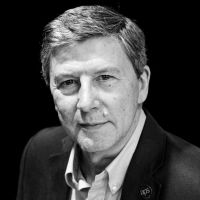 Dennis Brown is currently Professor of Medicine at Harvard Medical School and is Director of Program in Membrane Biology at the Massachusetts General Hospital. He also serves as the Chief Science Officer of the American Physiological Society (APS). He received his Ph. D. from the University of East Anglia, Norwich, UK in 1975 and then spent 10 years working under the direction of Dr. Lelio Orci at the University of Geneva Medical School in Switzerland, where he eventually became an Assistant Professor.

Dennis Brown is a cell biologist/physiologist who specializes in the use of state-of-the art imaging techniques to follow and dissect physiologically-relevant membrane protein trafficking events in epithelial and non-epithelial cells. He is an internationally recognized authority on membrane protein trafficking in epithelial cells, with special focus on water channels (aquaporins) and vacuolar proton pumping ATPase function in the kidney and, more recently, in the male reproductive tract. His work is aimed at understanding basic cell physiology in order to develop novel therapeutic strategies for kidney disease and male infertility. He has published over 400 articles in peer reviewed journals.

He has received numerous awards including the Carl Gottschalk Award for excellence in nephrology research from the APS Renal Section in 1999, the Hugh Davson Award for excellence in cell biology research from the APS Cell Section in 2011, and he was an Established Investigator of the American Heart Association from 1987-1992. He was the invited plenary lecturer on aquaporins at the Silver Anniversary meeting of the American Society of Nephrology (ASN). He gave the Robert Schrier endowed lecture at the 2008 ASN meeting, gave the Suk-Ki Hong Endowed Lectureship in Physiology at the University of Buffalo in 2008, the Dunaway Burnham Endowed Lectureship at Dartmouth College in 2005, and was the Daniel Kline Endowed lecturer in Systems Biology and Physiology at the University of Cincinnati in 2009. He gave the prestigious Robert Berliner Lecture in Renal Physiology at the 2013 meeting of the International Union of Physiological Sciences in Birmingham, UK, and he received an honorary degree for his contributions to cell biology and physiology from his alma mater (University of East Anglia, Norwich, UK) also in 2013. He received a Lifetime Achievement Award from the Irish Epithelia Physiology Group in 2017.

He is the Director of the MGH Office for Research Career Development (ORCD) and has an outstanding track record of developing young scientists, both basic researchers and clinical investigators. He was awarded the prestigious A. Clifford Barger “Excellence in Mentoring” award from Harvard University in 2005 and received the HMS Dean's Award for the Advancement of Women in Science in 2012.

He has obtained continuous support from the NIH since arriving in the USA in 1985 and one of his current grants received rare "MERIT" Award status (10 years of support) in 2009. This grant was recently renewed for 5 years. He has a second RO1 in the area of kidney physiology, and is also a co-investigator on two other RO1s. He is the Microscopy Core Director on two P30 grants (in the areas of Diabetes and Inflammatory Bowel Disease,). He is the PI of 5 recent shared instrumentation (large equipment) grants from NIH. In addition, he directs a Core facility that provides sophisticated microscopy services to MGH and the entire Harvard research community.

Finally, Dr. Brown was a member and the past chair of the NIH KMBD/MBKD Study Section (2008-2014), which specializes in renal physiology and urinary tract development.