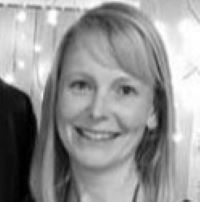 Caren is responsible for directing Jisc’s negotiations and licensing activities to deliver value for UK universities and further education institutions.

Having joined Jisc in 2002 Caren brings a wealth of experience in the successful negotiation and procurement of digital content, and an in-depth understanding of scholarly communications and the sector.

At the start of her career at Jisc, she negotiated a range of agreements and developed new content with partners including the first iteration of Hairdressing Training – a resource that is now embedded in many colleges across the UK. As head of research, Caren focused on gathering intelligence and evidence to drive the development of new licensing strategy and to support negotiations in the area of e-textbooks, open access monographs and journals.

In her most recent role as deputy director of member licensing, Caren established the research unit which has been integral in ensuring negotiations for journals agreements are driven by data and the outcomes, especially of open access agreements, are monitored and evaluated.