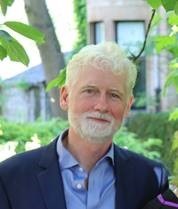 Barry grew up in Norwich, England, and whilst at Norwich School he represented the county of Norfolk in athletics. Barry went on to study Natural Sciences at Pembroke College, Cambridge University, taking Zoology in the final year. His first job in publishing was as a sales manager for UMI/Proquest covering the Middle East. He decided to move to Singapore in 1991, and worked for World Scientific and then APA Publications before being asked to run a book distribution business called Gower Asia Pacific. Since 1998 he has guided the growth of Taylor & Francis in the region as Managing Director of the Asia Pacific HQ, running offices in Sydney, Kuala Lumpur, Hong Kong, Beijing, Taipei, Tokyo and Seoul.

In September 2019 Barry was elected a Fellow of the Royal Society of Arts, London.